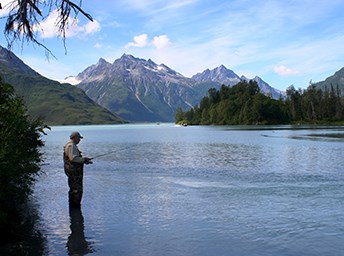 My earliest childhood self awareness was realizing that I could gain attention by making people laugh – a helpful trait in a large family. I like playing with words and sounds and I have a quite a collection of silly verse – usually written for birthdays or events. There’s even a password protected folder entitled Not Politically Correct which I may publish when I get really old to shock my grandchildren. “Grandma!!!”

Years ago my husband gave me a book of verse by Robert Service and I thought it would be fun to attempt a ballad along the lines of “The Cremation of Sam McGee”. (I don’t fish -so I may have some details about the subject wrong.) Apparently Mr. Service could pump this kind of thing out easily and I agree with his assessment – that it’s not really poetry, merely verse. I did add an epilogue full of deep thoughts.

Speaking of fishing, several of Christ’s disciples were fisherman. Jesus called them from mending their nets and said, “Follow me and I will make you fishers of men,” Matthew 4:19. Having had my life so transformed at the age of twenty -five, from darkness to light, depression to joy, anxiety to peace, I longed to see others set free from those bleak places. I’d wanted to be that – a fisher of men.

My experience of fishing was that it was mostly a solitary activity. When you went fishing you used bait – something to lure the fish into taking the hook. But though I have shelves full of books on apologetics, (making a case for Chritianity) I am really lousy at arguing a case, almost any case. I get flustered and never say whatever it would take to convince someone of the truth of Christianity. The class clown rarely goes on to be a lawyer.

Lure and bait are not words of integrity – both have implications of trickery – the con, not the real thing.* So imagine my joy when I learned how first century men fished – and I saw this in action in twenty-first century Africa. The men went out at NIGHT with lamps that hung over the water! If there were fish around they would swim towards the light and into the nets. Fishing that way, pit lamping, is illegal in Canada – it’s hardly sporting when the fish can’t resist the light. Who can? There’s a whole world of difference between just being light – in any given situation – and attempting to ‘hook’ someone with bait.

Jesus called himself the light of the world and these days are every bit as dark as the days he lived in, under Roman occupation. “The people who lived in darkness have seen a great light,” reads Matthew 4:16. Isolation, financial stress, potential economic collapse and violent unrest in much of the world leaves many in a legitimate place of fear and uncertainty. It seems a rational reaction and foolish not to be afraid.

Yet, in God’s word, we are called repeatedly ( at least 300 times) not to fear. God is not surprised by any of this. He is still in control and his plans will not be thwarted. Let’s go about our daily lives and reflect His glory. Let your light shine as the days grow darker. If we shine they will come. 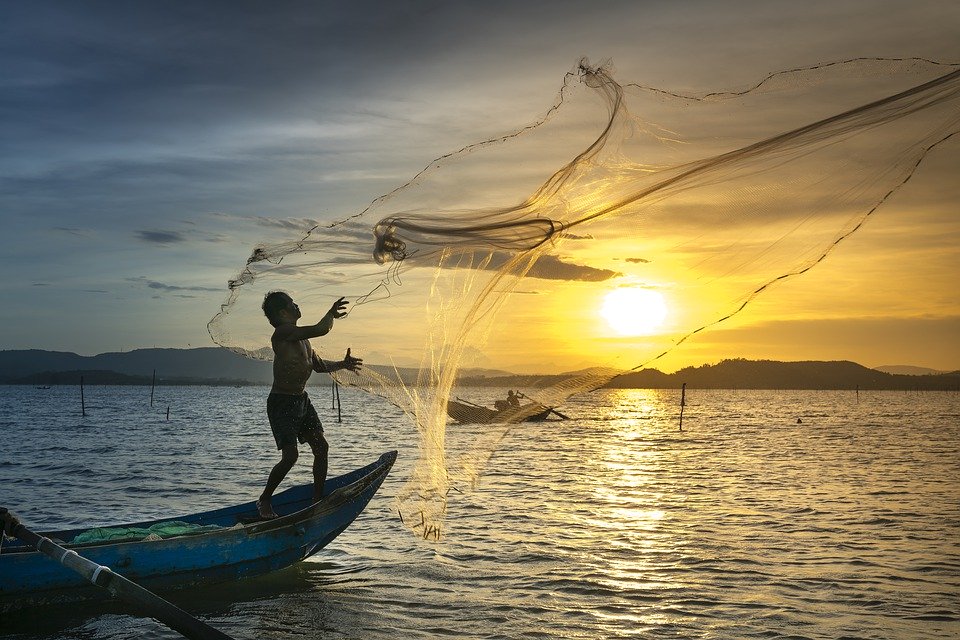 * Writing this made me think of real ‘cons’ and my favorite con-man movies. I lost my copy of Dirty Rotten Scoundrels – a movie that made me laugh until I cried. So your freebie for reading this far is a link to ten of the best ever con movies. If lockdown is keeping you home, a good laugh may be just the thing to boost your immune system. But, (and here’s a reverse example of bait and switch) if you are looking for longer lasting joy and peace, I suggest Jesus. He’s the real light in a dark world.

10 of the Greatest Con Artist Movies of All-Time